At a ceremony held on November 28th, 2018, the Xinghai Conservatory of Music in Guangzhou announced the opening of the Chou Wen-chung Music Research Center.  Conservatory President Cai Qiaozhong welcomed more than 300 participants from around the world, including some of China’s most distinguished music scholars. A two-day symposium on Chou’s music followed with presentations by distinguished speakers, several of whom were former students of the composer. 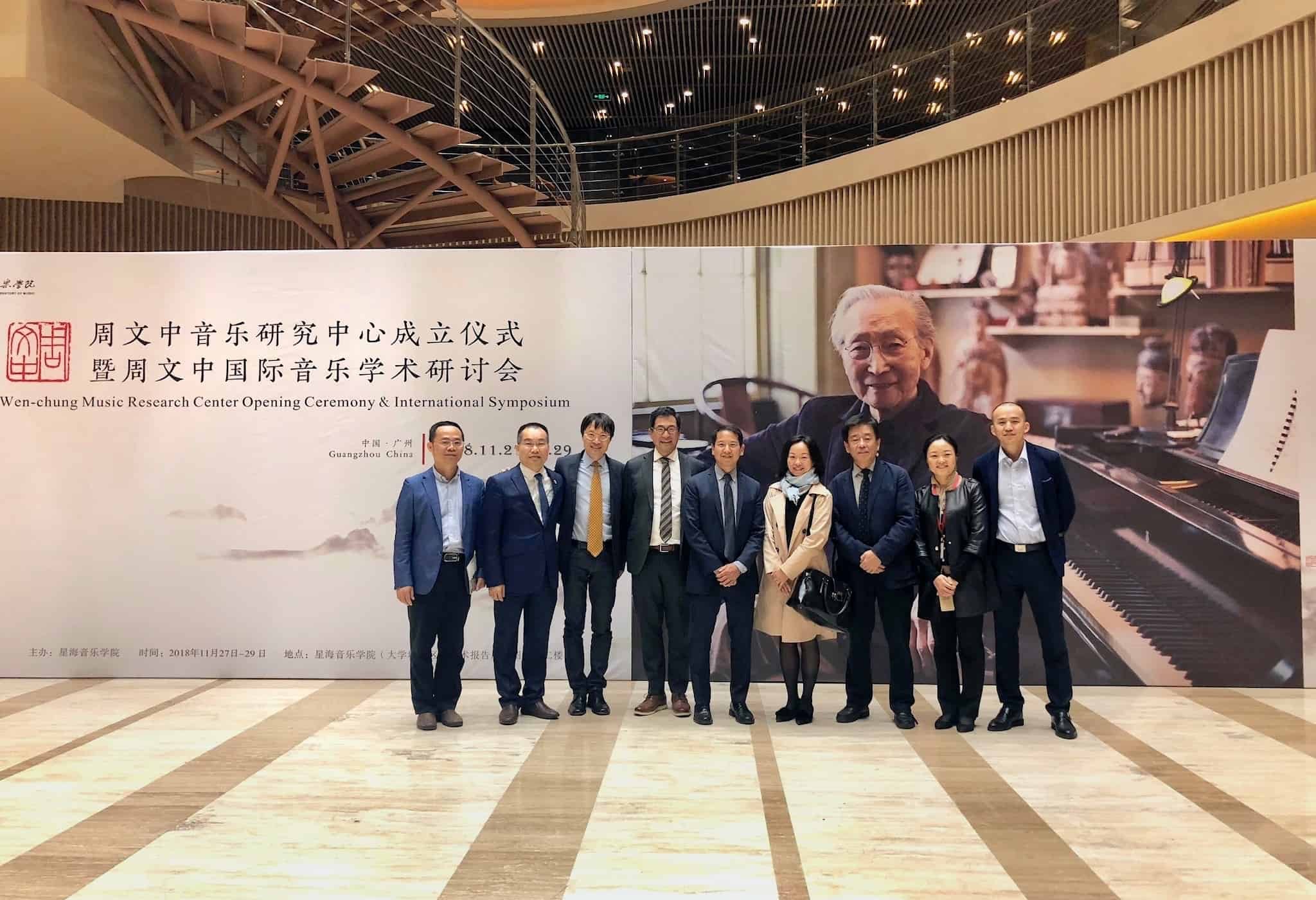 Luyen and Sumin Chou with members of Xinghai Conservatory of Music.

Prof. Chou has donated to the Xinghai Conservatory his personal library of research books and materials which he has acquired over the past seventy years. The collection of 1,200 books includes English and Chinese-language publications on the history, theory and aesthetics of both Asian and Western music as well as books on art, archeology and literature. Some of the Chinese books are rare books long out of print. Also included are more than 1,000 printed scores by a wide range of composers that he used in his teaching career. At Prof. Chou’s request, the collection is housed in the Conservatory Library where a special reading room has been constructed, designed in the wooden motif representative of the Lingnan culture of southern China.

The Chou Wen-chung Music Research Center will also serve as a hub for visiting musicologists and a platform for research programs of international cultural exchange. The Director of the Center is musicologist Dr. Tang Yongbao, former President of Xinghai, and Center operations will be supervised by musicologist Dr. Qi Binbin. The Advisory Board responsible for the Center’s ongoing mission is chaired by Dr. Lei Liang, composer and Professor of Music at the University of California, San Diego. 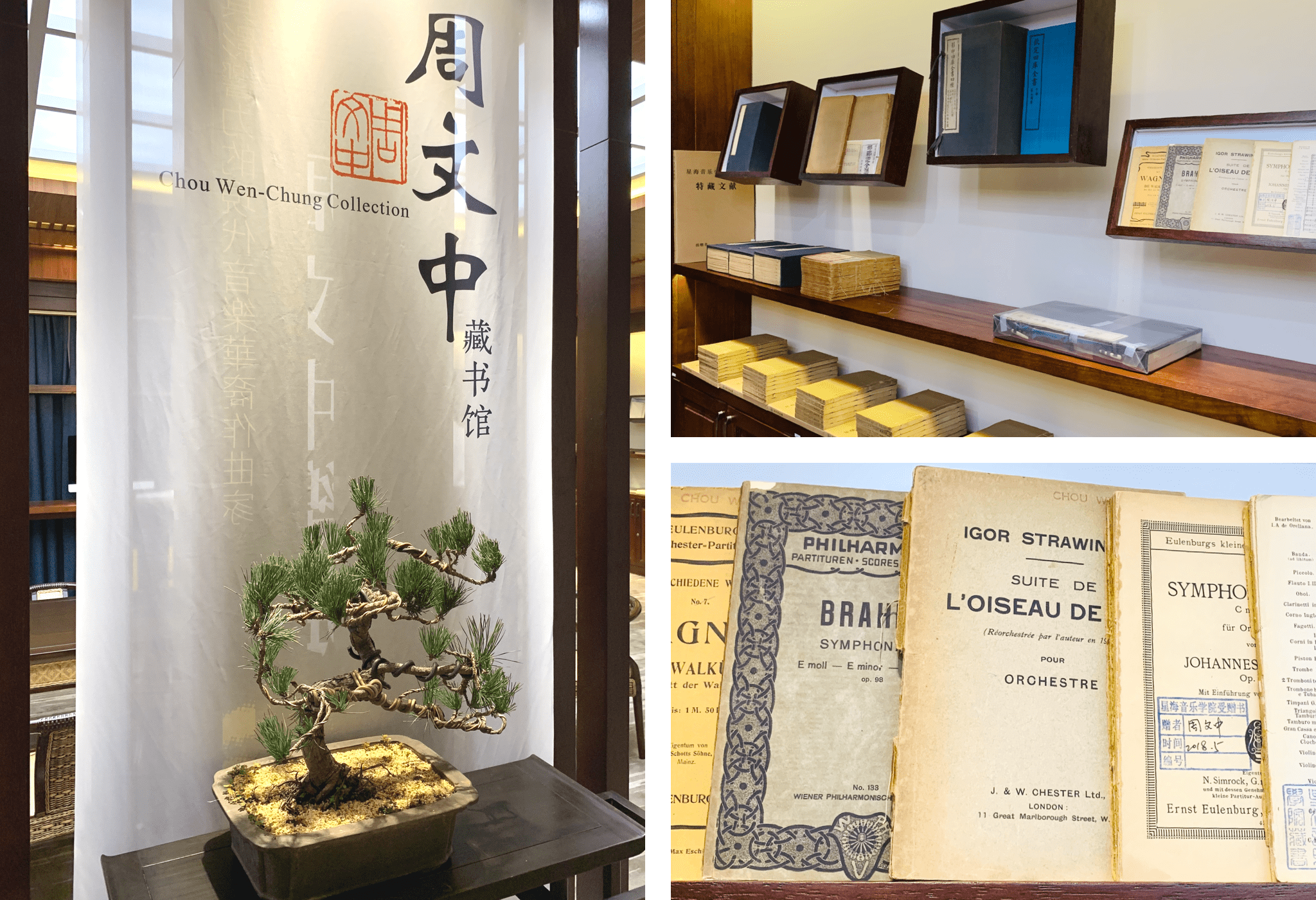 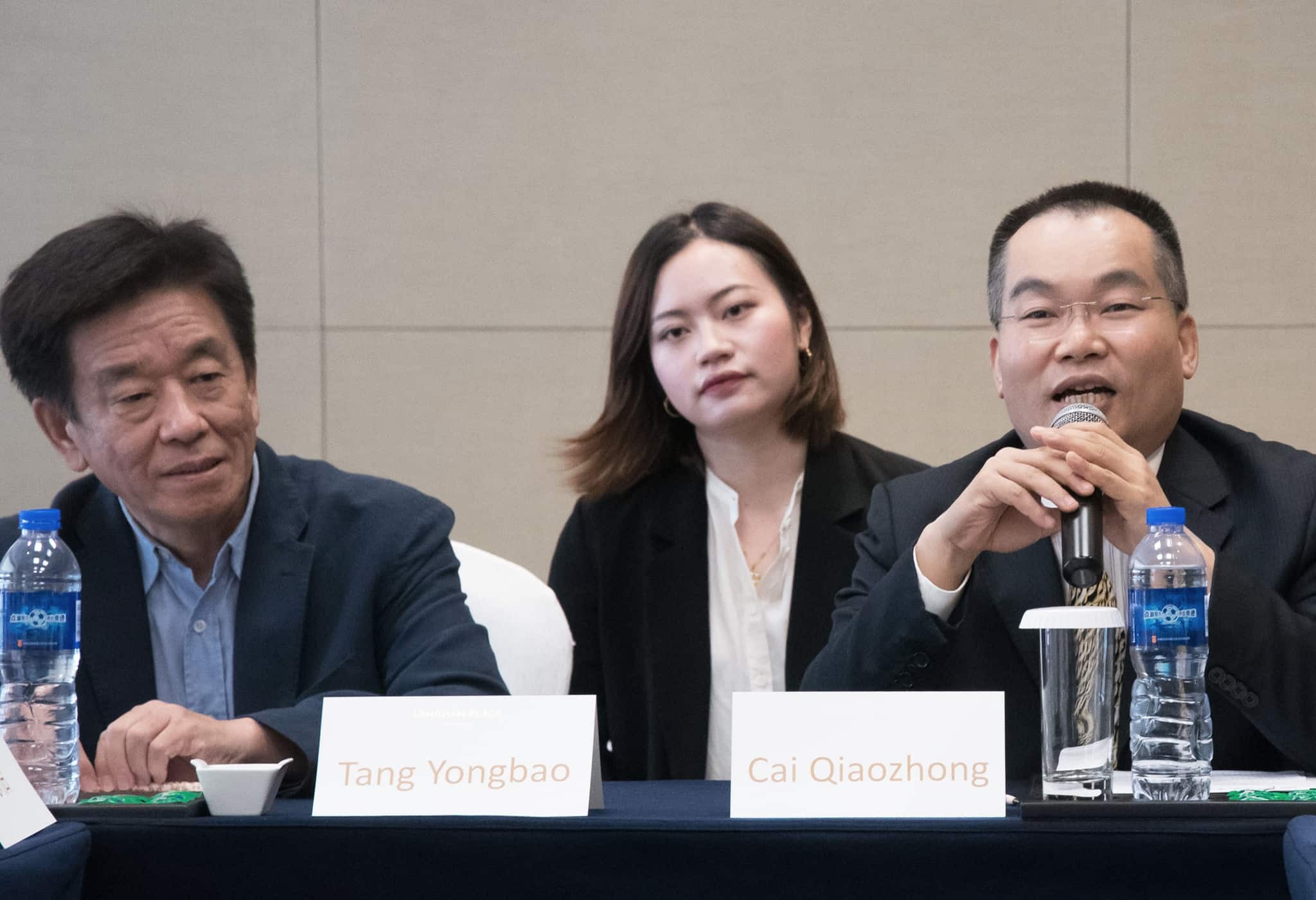 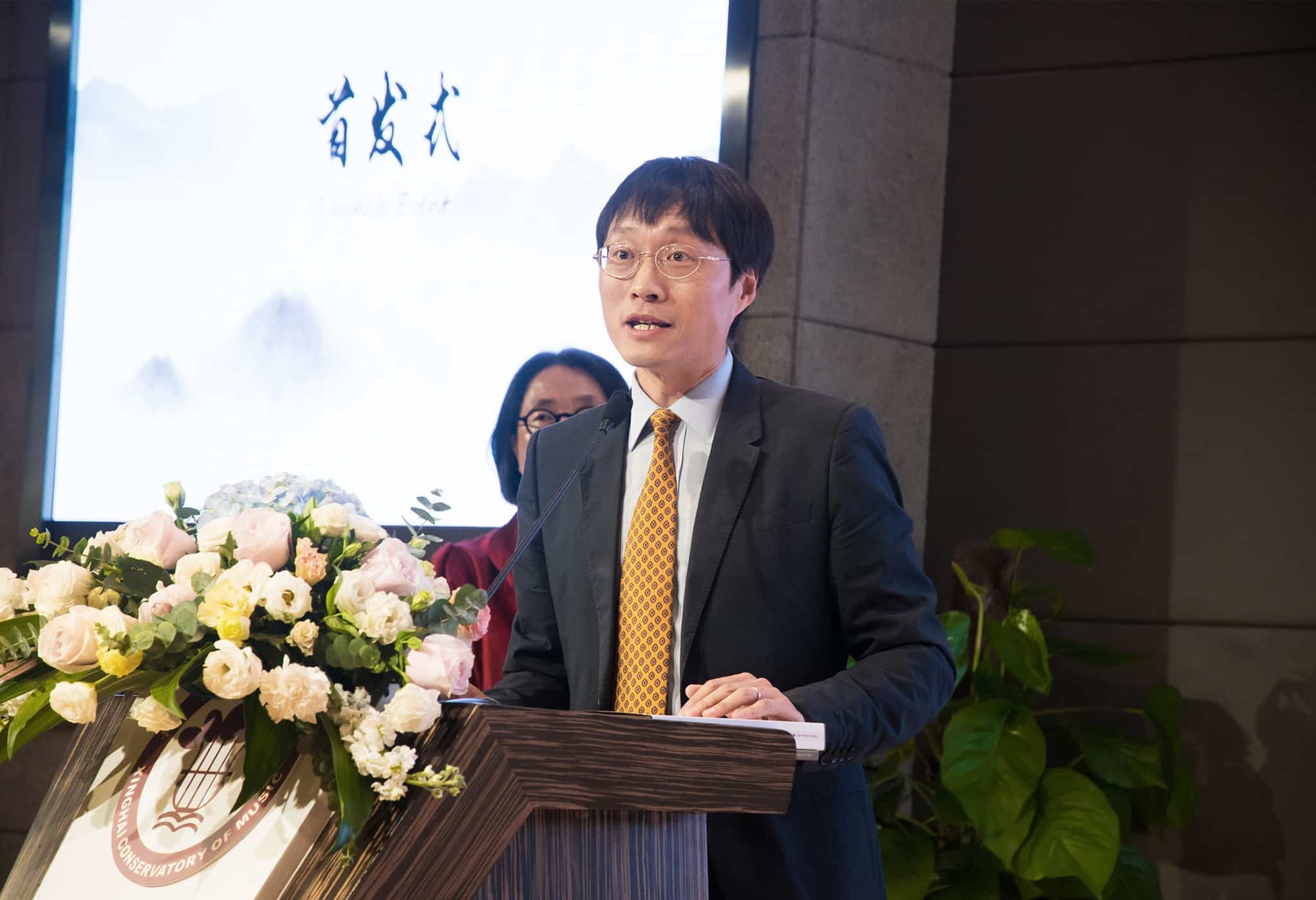 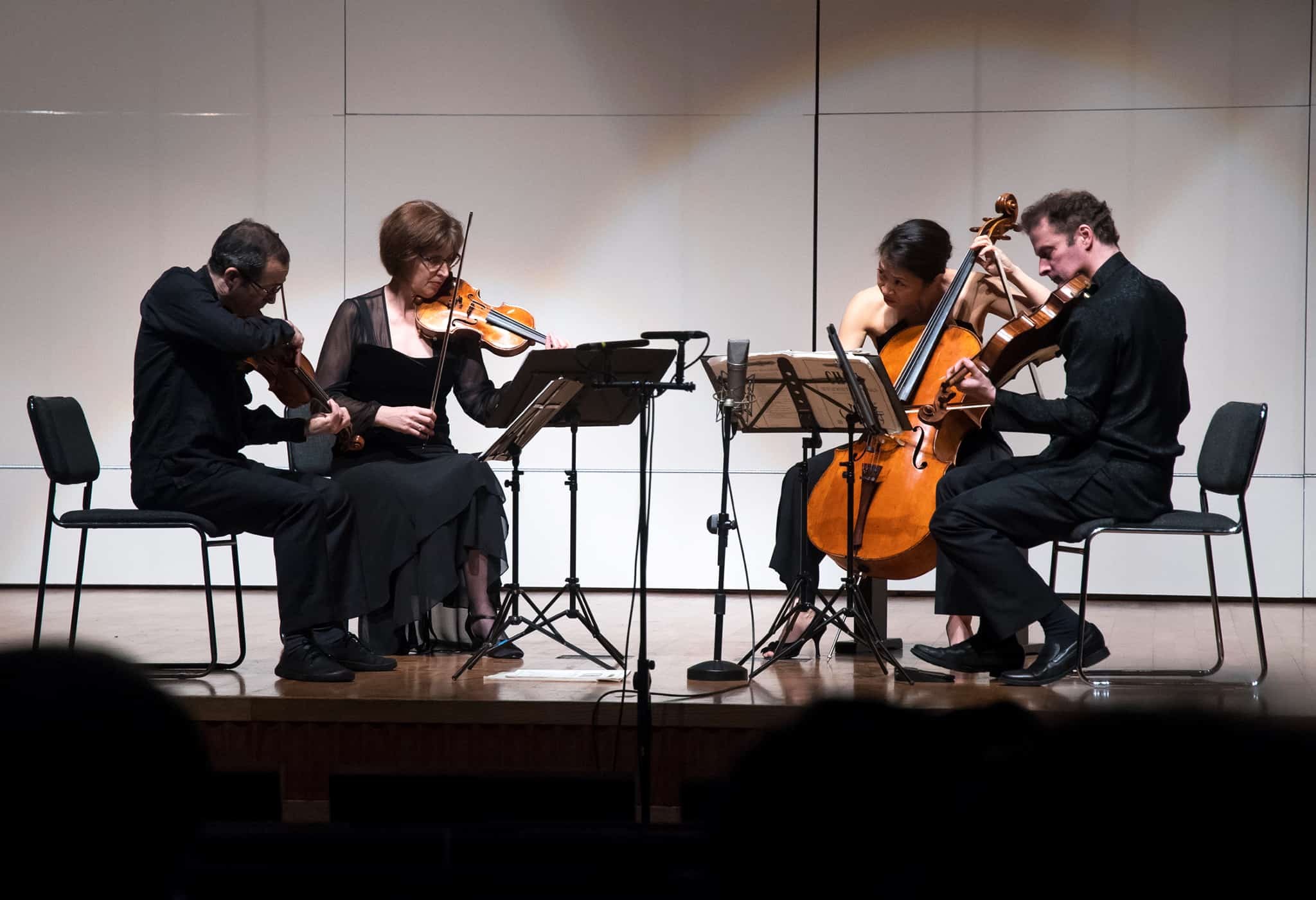 The newly renovated Xinghai Conservatory Concert Hall was the site of a tribute concert, where works by Chou and several of his students were performed by the Brentano String Quartet from New York, American pianist Seth Knopp and clarinetist Romie de Guise-Languois of Montreal.

Prof. Chou was unable to attend the celebration due to health considerations, but greeted the audience via video presentation. He expressed his contentment in having chosen Xinghai Conservatory as the new home for his collection and encouraged students to explore and discover new worlds in the pages of his personal library. Luyen Chou and Sumin Chou, represented their father at the event. They thanked the Conservatory for their enormous planning in honoring their father, and for housing the beloved books that had lined the walls of the home in New York where they had grown up.

Xinghai Conservatory of Music is one of nine conservatories in China today. Its research department is home to the nation’s sole collection of academic resources on music history. The Conservatory is named after the distinguished composer Xian Xinghai, whose acclaimed repertoire includes “The Yellow River Cantata”.