Chou Wen-chung was awarded an honorary doctorate degree from New England Conservatory on February 27, 2019. The composer entered NEC in 1946 upon arriving in the U.S. from Shanghai and studied composition under Nicholas Slonimsky. 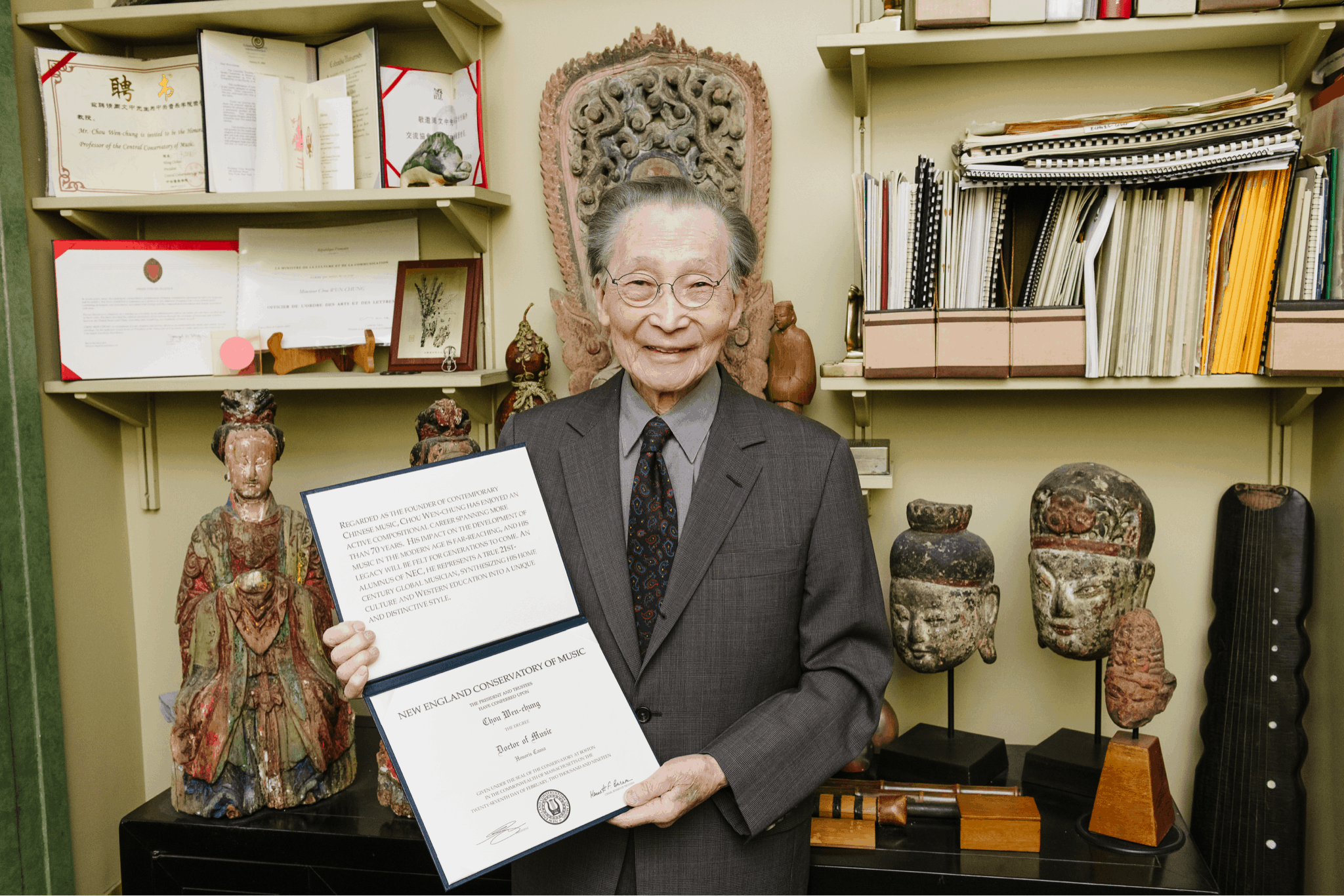 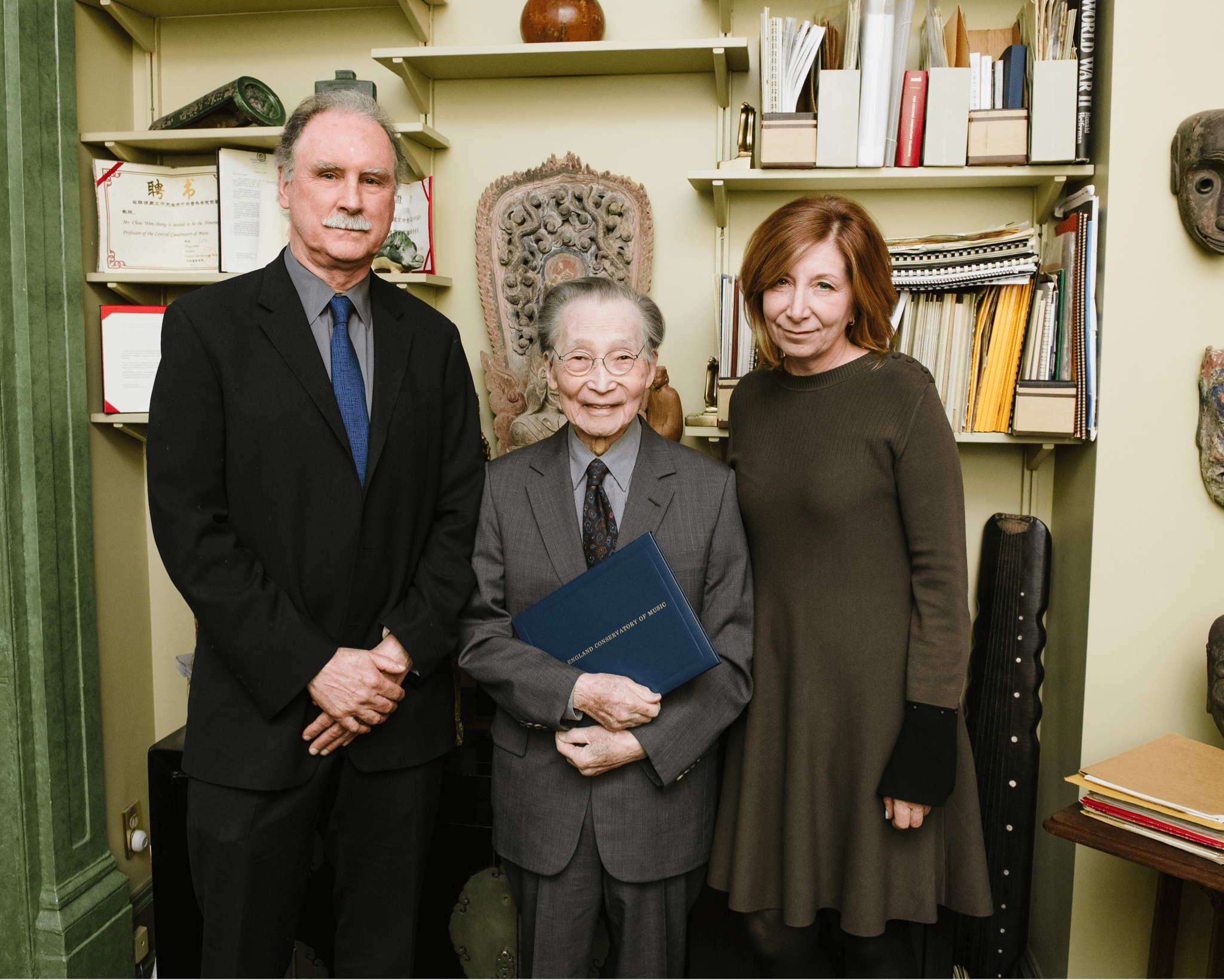 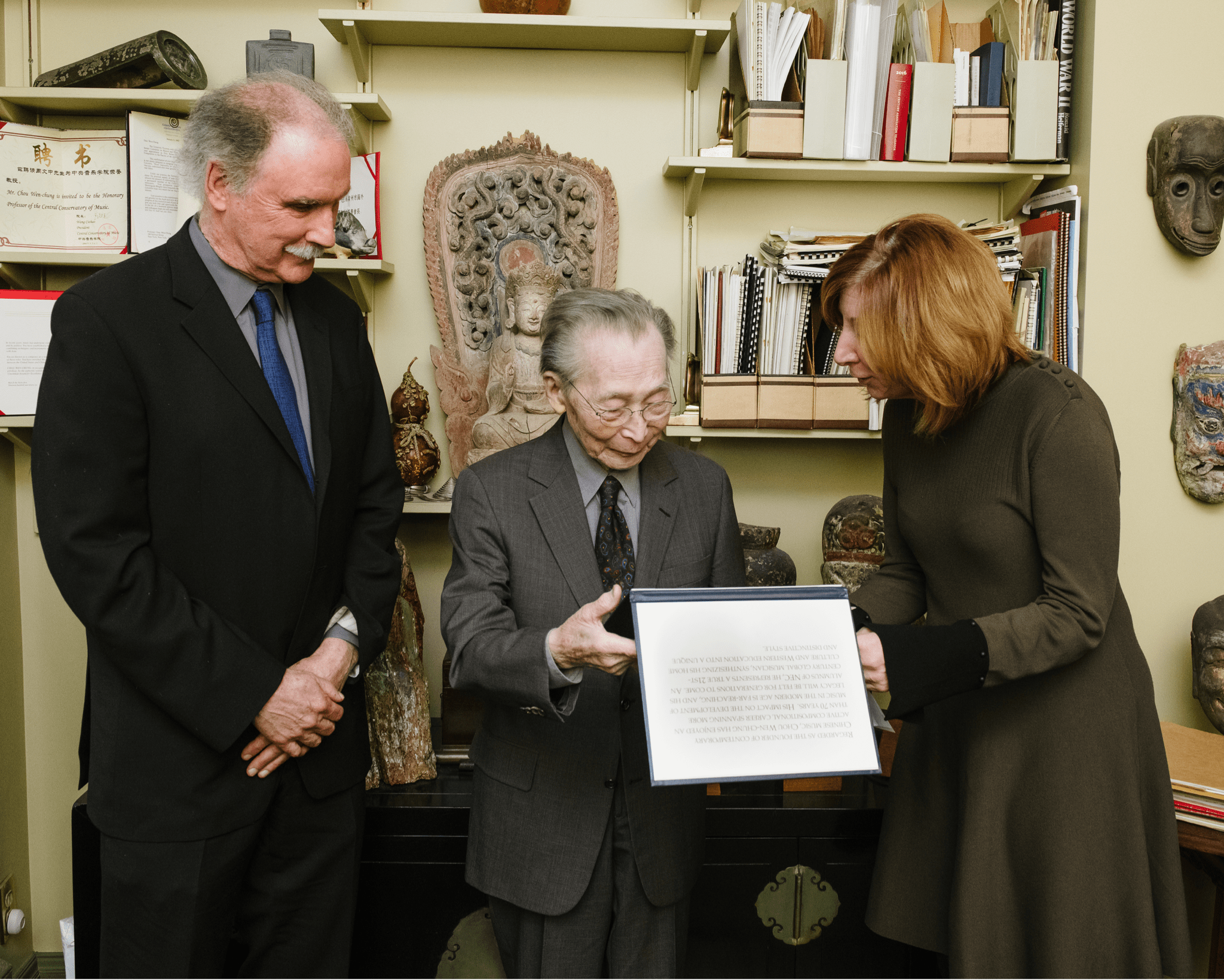 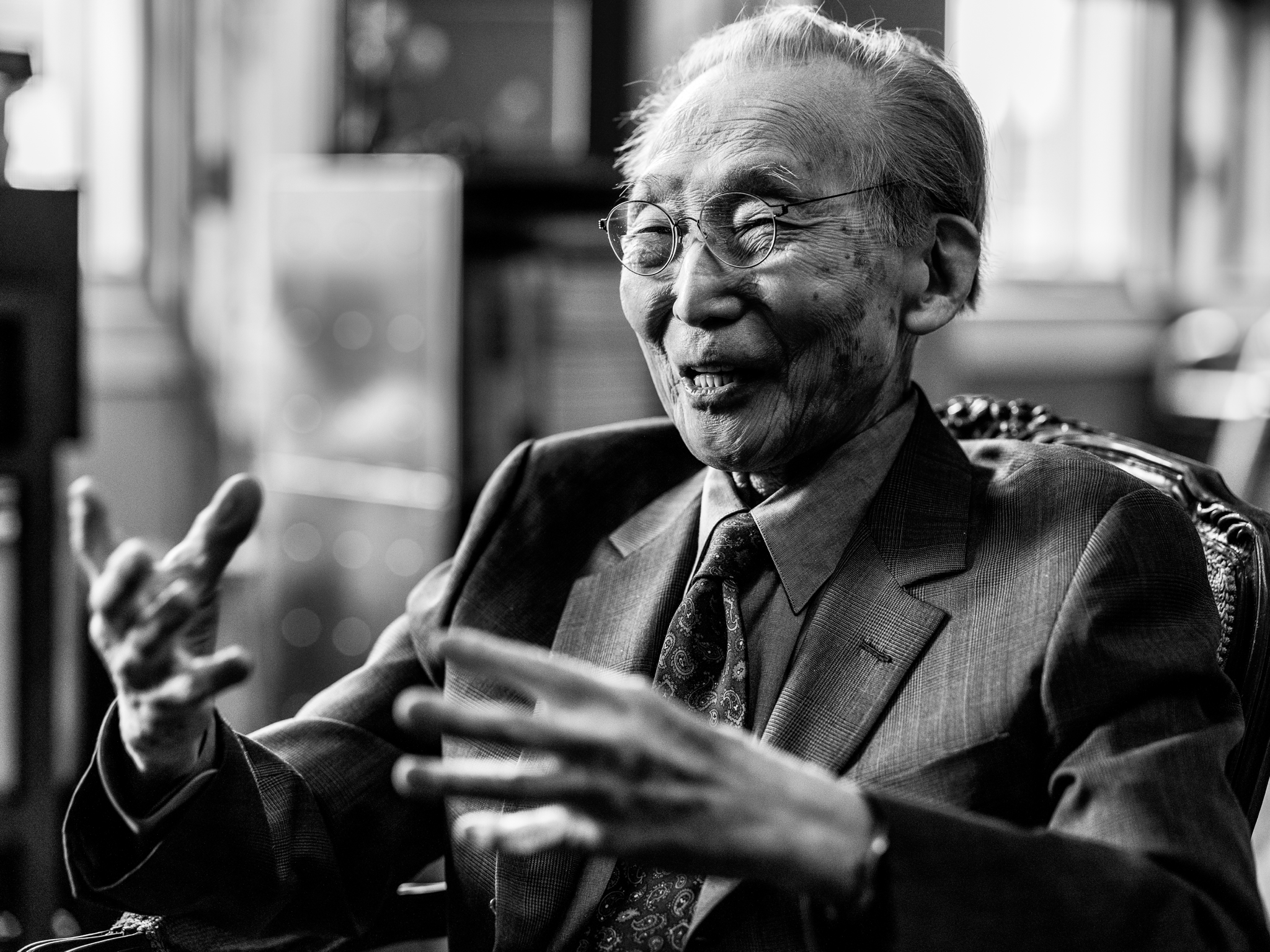 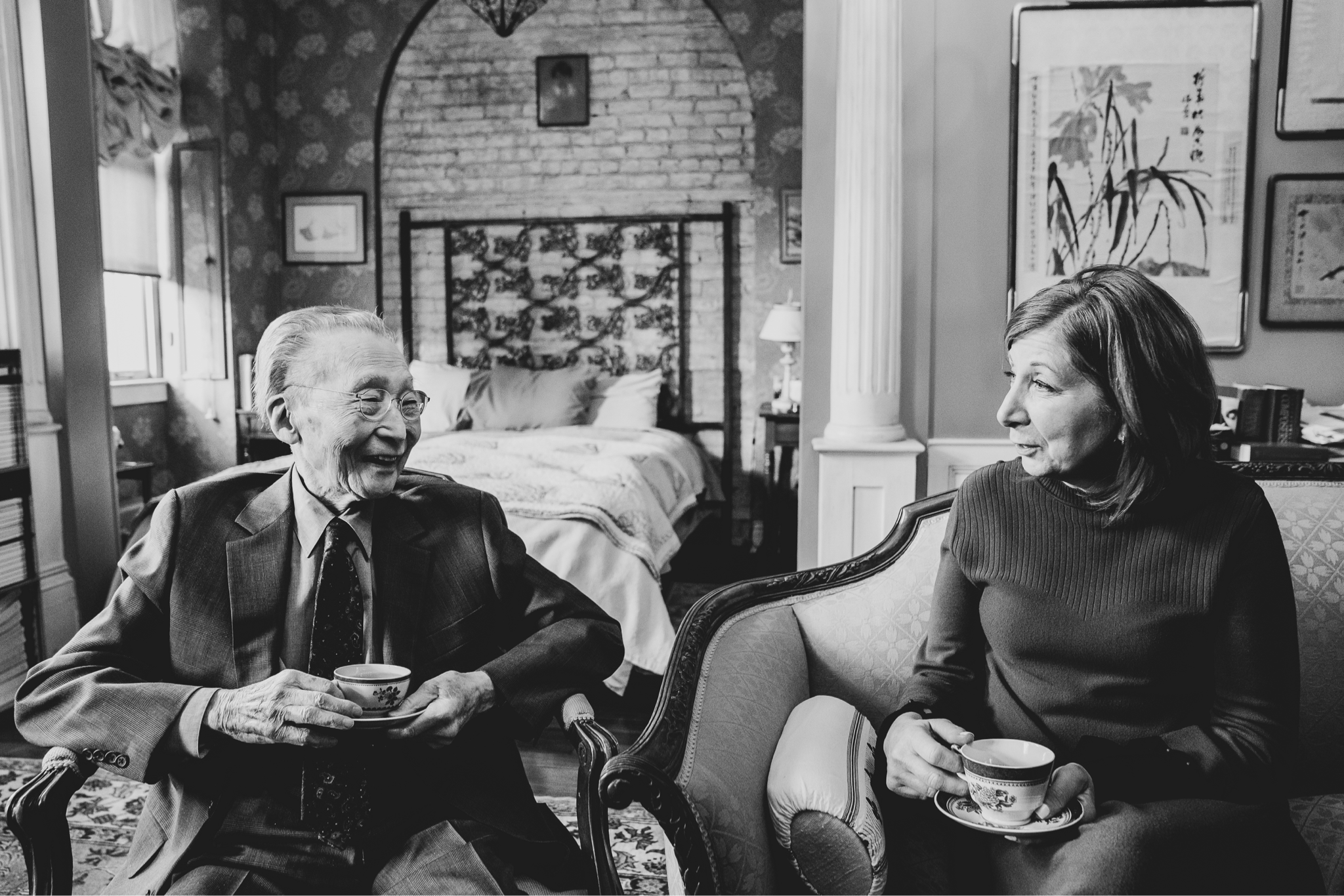 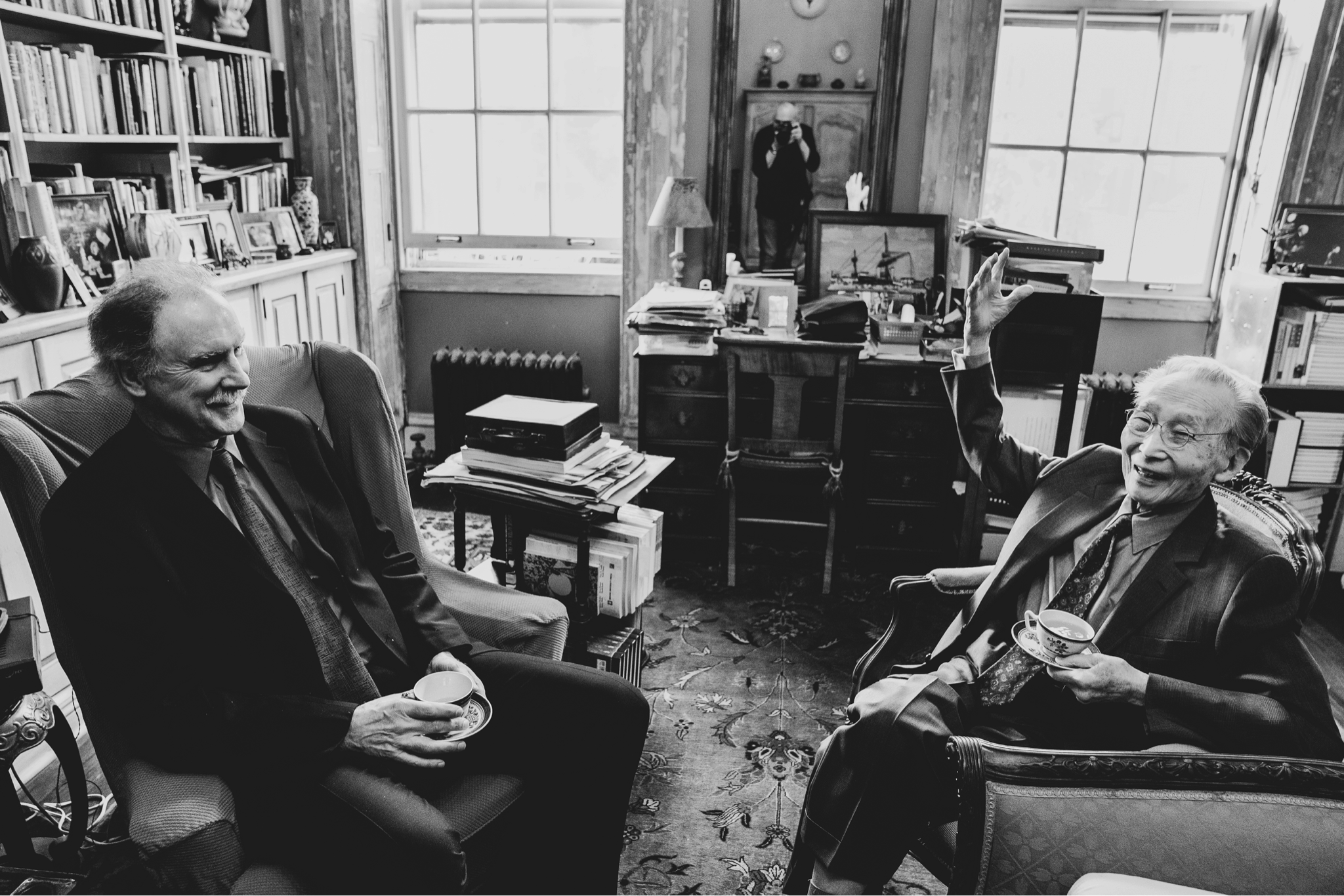 Conservatory President Andrea Kalyn conferred the degree on Chou at his home in Greenwich Village, and the news was publicly announced and celebrated on March 4th at a concert of works by Chinese composers at NEC’s Jordan Hall. Faculty, alumni and friends of NEC performed Chou’s 1965 composition Yü Ko together with works by Guo Wenjing, Zhou Long, Lei Liang, Bright Sheng and Tan Dun. Sumin Chou represented his father at the ceremony and shared some of the composer’s memories of his studies at NEC.